The Digital Freedom Fund is counting down to Human Rights Day 2020 with a series of short posts. Each post is written by a guest author and illustrates how the Universal Declaration of Human Rights applies in the digital age. 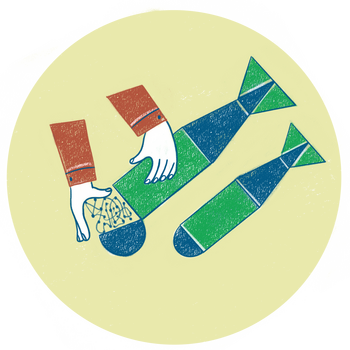 The right to life

With a global public health emergency and so many human rights crises happening around the world right now, it is easy to overlook other pressing human rights threats on the horizon. One of these threats is the development of autonomous weapons systems, which, once activated, can select, attack, kill and wound humans, all without meaningful human control.

As our lives have stood still during the pandemic, the development of AI military technologies, including fully autonomous weapons, continued to race ahead. In a recent interview, the Head of the UK armed forces said that a military designed for the 2030s could include large numbers of autonomous or remotely controlled robot soldiers.

These rapidly developing weapons systems could not only change the nature of warfare. They also raises serious human rights concerns, undermining the right to life, enshrined in Article 3 of the UDHR, as well as human dignity. Fully autonomous weapons would delegate life and death decisions to machines, programs, and algorithms – crossing an ethical red line, contravening laws designed to protect civilians in warfare and policing operations, and destabilising global security.

Our personal data is also extremely valuable to the tech companies and governments that are quietly building increasingly autonomous weapons. Location data, image data, and our online activities may contribute to the development, production, and fine-tuning of algorithms powering fully autonomous weapons.

Only recently, an investigation by Motherboard uncovered how the U.S. military is buying granular location data of people around the world, harvested from seemingly innocuous apps, such as a Muslim prayer and Quran app (with more than 98 million downloads worldwide), to support Special Operations Forces missions overseas.

This is made all the more concerning in light of the US lethal drone programme, which has relied heavily on signals intelligence to locate and kill “targets”, with a disproportionate number of these targets being marginalised groups.

Surveillance and the invasion of our right to privacy may therefore be feeding into the very development of autonomous weapons. Protecting our digital rights today is therefore essential to guarding against tomorrow’s threats to our right to life.

Amnesty and partner NGOs in the Campaign to Stop Killer Robots continue to call on states to commence negotiations on a new treaty to pre-emptively ban fully autonomous weapons and retain meaningful control over the use of force.

Amnesty is convinced that a legally binding instrument is the only effective way to address the multiple legal, ethical and security risks posed by autonomous weapons systems. Not only is it achievable, it is a moral and legal imperative. 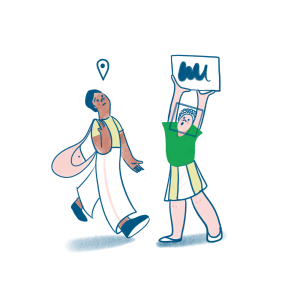