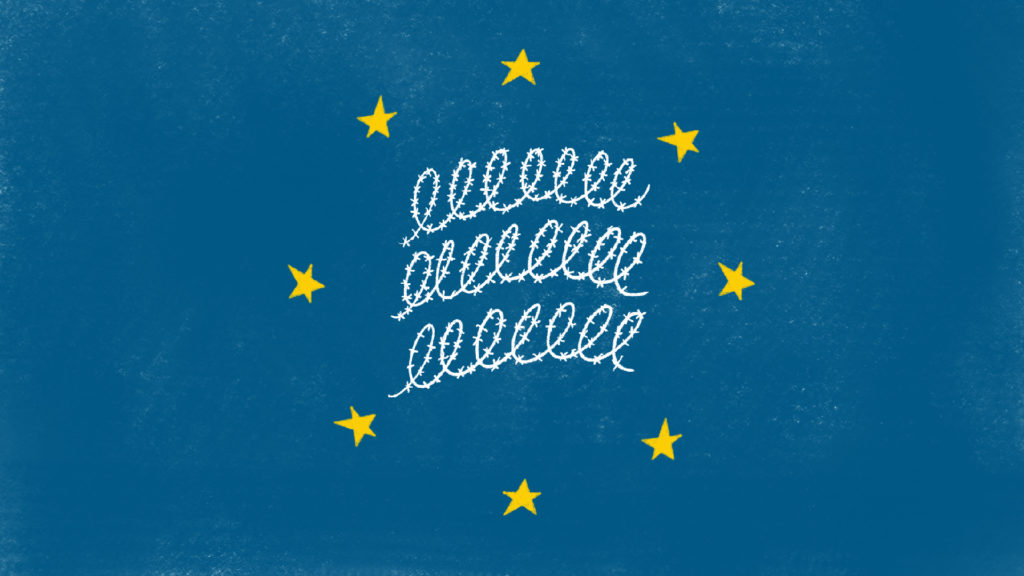 2021 saw the rise of the #AbolishFrontex movement, an international campaign demanding the shutdown of Frontex, the infamous European border agency accused of persistently violating the human rights of people on the move.

Activists claim that Frontex has caused the deaths of over 40,000 people since 1993. The outrageous carnage continues, with tragedies of drownings and deaths still regularly making headlines. In recent years, the EU’s reputation as “Fortress Europe” has been further tarnished by serious digital rights abuses, including excessive surveillance and misuse of sensitive data.

In recent years, the EU’s reputation as “Fortress Europe” has been further tarnished by serious digital rights abuses, including excessive surveillance and misuse of sensitive data

The #AbolishFrontex movement now consists of around 80 human rights organisations working together. In June, protests against Frontex were held in eight countries across Europe. The invigorated campaign has succeeded in raising public awareness of Frontex’s alleged transgressions, marking an important step towards accountability and repercussions for the agency.

The many challenges facing people on the move during treacherous journeys across land and sea, and subsequently in prison-like camps, is not news. But another chilling element — the oversurveillance of these people, often the first to be subjected to new digital tools — is regularly overlooked in headlines.

Surveillance drones are being deployed to monitor migrants at sea, and there exists great suspicion that these tools are being used to aid illegal pushbacks. In 2019, the EU trialed a terrifying new tool for use at the borders: an artificial intelligence-driven lie detector called iBorderCtrl that analyses people’s “micro-gestures” to identify “biomarkers of deceit”. This tool was apparently designed to help border guards spot “illegal immigrants”, but the technology has, unsurprisingly, been shown to yield false negatives, and the science upon which it is based has been heavily criticised.

In 2019, the EU trialed a terrifying new tool for use at the borders: an artificial intelligence-driven lie detector

At borders and in detention camps, people are at high risk of having their privacy and data protection rights compromised. Sensitive information, including biometric data, is often taken from those seeking asylum without them being fully aware of how that data is subsequently processed and, potentially, later used against them for the purposes of law enforcement, detention and deportation.

While the EU evidently has much work left to do, the mounting pressure against Frontex has made them sit up and take notice. The EU’s anti-fraud watchdog, Olaf, opened an investigation into accusations of misconduct, harassment and unlawful operations. In March, the European Parliament launched an inquiry into Frontex’s alleged human rights abuses.

Despite growing opposition, Frontex continues to expand. Its budget has grown over 7000 per cent since 2005. This year, it still awarded 84.5 million EUR in aerial surveillance contracts.