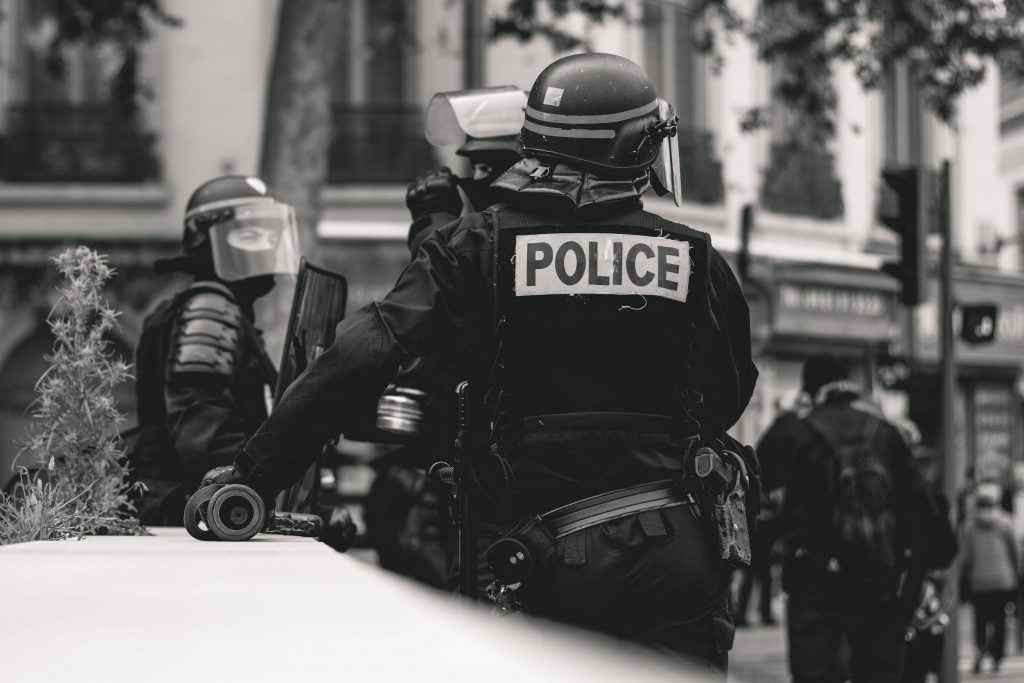 Last month saw some significant milestones in the fight against digital and data-driven tools used in policing.

At the end of June, a bill was introduced to the US Congress calling for a moratorium on facial recognition and biometric technology, while Santa Cruz and Boston joined the growing list of US cities to ban police and public authority use of facial recognition. Santa Cruz went even further, as the first US city to outright ban the use of predictive policing technology.

Last month, the Association for Computing Machinery (ACM) also added their voice, calling on lawmakers to suspend the use of facial recognition that can be prejudicial to “human and legal rights.”

In Europe, the European Data Protection Supervisor called on a suspension of automated recognition technologies, including those that measure “gait, fingerprints, DNA, voice, keystrokes and other biometric or behavioral signals.”

In the UK, hearings commenced in Liberty’s appeal in their legal challenge to the use of facial recognition technology by South Wales Police.

These actions follow the move by IBM, Microsoft, and Amazon to restrict, to varying degrees, their facial recognition businesses. They also come off the back of years of tireless campaigning and research on facial recognition by activists and human rights organisations, including the groundbreaking work of Algorithm Justice League’s Joy Buolamwini, Timnit Gebru, and Inioluwa Deborah Raji.

This includes ending the use of technologies that embed, entrench and exacerbate police discrimination and violate the rights of individuals

These milestones have come at an incredibly significant time, with police brutality, abuse, and systemic racism dominating public discussion and protests across the globe.

The Black Lives Matter message has been resolute and urgent: all societies need to consider reforming, defunding, dismantling or abolishing their law enforcement institutions in their current form to achieve justice and foster healing. This includes ending the use of technologies that embed, entrench and exacerbate police discrimination and violate the rights of individuals against whom these technologies are targeted and used.

Strategic litigation can be an empowering tool to challenge police measures, policy and law, and it is a crucial mechanism by which law enforcement can be held to account for their actions.

The European Court of Human Rights (ECtHR), for example, has a substantial body of case law dealing with issues such as the failure to investigate racist or discriminatory police conduct, excessive use of force by police, interrogation techniques, and the policing of public assemblies.

More cases are also coming before the courts and regulatory bodies challenging the rise of Big Data policing. Even over the last year and a half, a number of significant decisions have been handed down in Europe that set important precedent around police use of new technologies and data-driven techniques.

There is much work still to be done, particularly in pushing for decisions that take a more intersectional approach to assessing these measures, but these cases offer some hope around the potential for strategic litigation to set necessary limits on police tech. 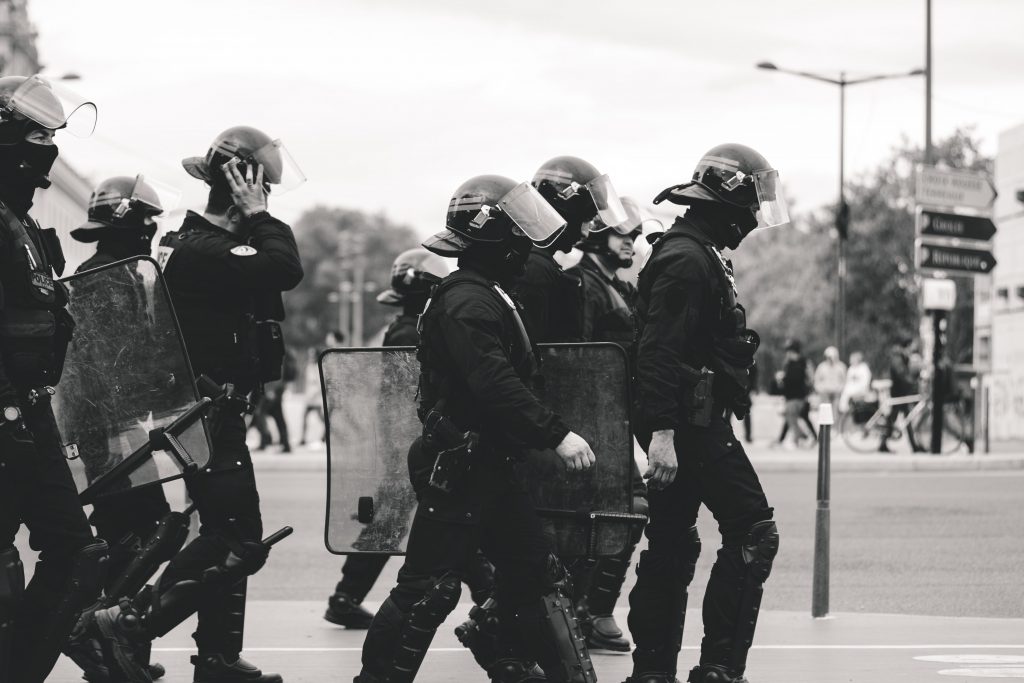 Law Enforcement: Not Above the Law

Courts and independent oversight bodies perform an essential role in enforcing existing laws against the police. In some areas, strong regulations that restrict police use of data-driven techniques already exist.

One prominent example is the EU Police Directive (Directive (EU) 2016/680), which establishes data protection principles and standards for authorities responsible for preventing, investigating, detecting and prosecuting crimes. It has already been applied by courts to find certain police data sharing practices unlawful.

The case, Elgizouli v. Secretary of State for the Home Department, concerned an individual who had been accused of being a member of a terrorist group in Syria. This group had allegedly been involved in the murder of US and British soldiers.

While investigating this group, the US had sought, through a “mutual legal assistance” request, evidence related to the individual that had been previously obtained by British authorities.

Without obtaining assurances from the US that this evidence would not be used in a prosecution that could lead to the imposition of the death penalty, the Home Secretary agreed to provide the information. One of the arguments raised in the case was whether this international transfer of data violated the Data Protection Act as it applied to law enforcement authorities. The UK Supreme Court found it did, reasoning that the Home Secretary had failed to address the specific requirements of the Data Protection Act. Instead, the information was transferred based on “political expediency” rather than consideration of what the legislation permitted or required of law enforcement.

Police services have also been held to account by Data Protection Authorities for their failure to comply with data protection law.

Last year, the UK’s Information Commissioner’s Office (ICO) issued an enforcement notice against the Metropolitan Police Service for their failure to respect the right of individuals to access information held about them by the police force. More specifically, the Metropolitan Police Service had been asked to address the significant backlog they had in subject access requests. While in Germany, fines have been imposed against individual police officers for abusing their position by using data from their work to make private contact with individuals.

Technological developments have diversified the intrusive means by which the police can observe, surveil, and search.

In the US, groundbreaking cases have been brought before the Supreme Court clarifying that the definition of “search” under the two-century-old Fourth Amendment extends to thermal scanning, the tracking of an electronic beeper, and accessing historical cellphone location records.

In doing so, these cases have affirmed that a search warrant is required before these measures can be adopted – a procedural safeguard that can help protect individuals against abusive or arbitrary uses of these technologies.

Similar cases can be seen in European courts. A recent example was brought only a few months ago by La Quadrature du Net and the Human Rights League in France. The case concerned the use of drones by the Parisian police to enforce the country’s COVID-19 lockdown measures.

These drones were fitted with zoom enabled cameras and loudspeakers

These drones were fitted with zoom enabled cameras and loudspeakers. According to the police, however, they did not intend to use the zoom function, nor would they use the drones to identify specific individuals. Instead, the cameras would be flown at 80 to 100 metres altitude, use wide-angle lenses, and would not contain memory cards. The purpose of the drones was to identify “public gatherings” by transmitting images in real time to a command centre, from where they could deploy police officers to disperse the gatherings.

The Conseil d’État found that the use of these drones engaged data protection law. The drone operators had the ability to use the optical zoom and could fly the drone lower than the designated height, meaning that the drones were likely to be used to process identifying data of individuals.

The court agreed that the purpose behind the use of the drones, namely the protection of the public, was legitimate. However, according to French law, the use of these drones required prior ministerial authorisation taken after a “reasoned and published opinion” of the National Commission for Data Protection (CNIL).

Alternatively, in the absence of such authorisation, the drones would need to be fitted with technical measures that would make it impossible for police to identify individuals when using them. In short, the police could no longer continue to use the drones without first obtaining official authorisation. 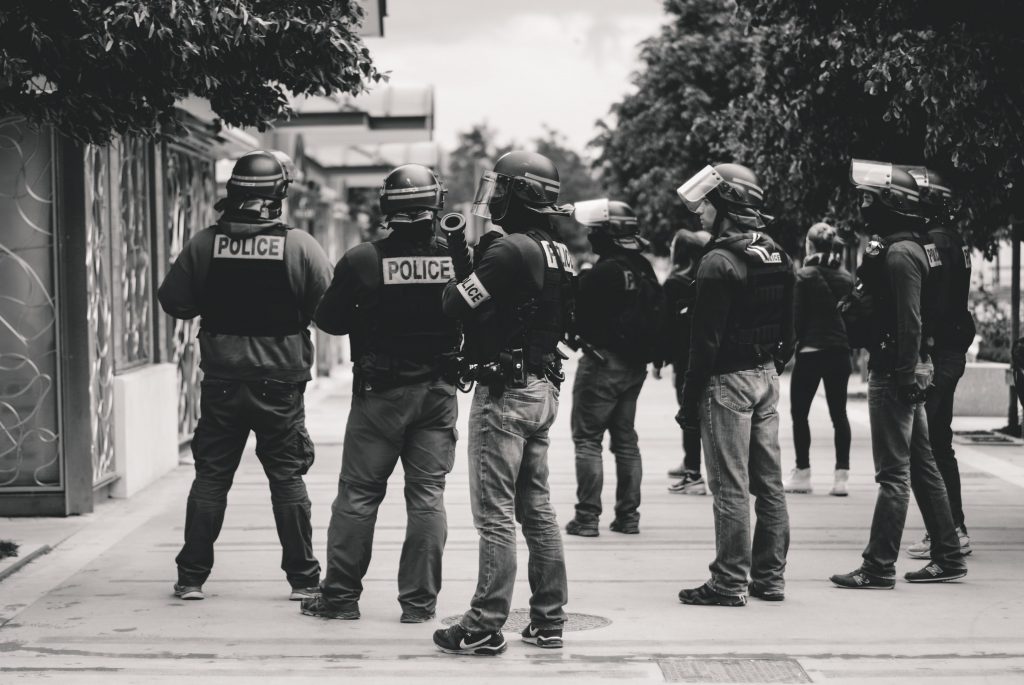 Police collection and retention of personal data, including in databases and watchlists, continues to be an issue that is frequently litigated before European courts.

In the last eighteen months, the ECtHR has handed down a number of important judgments that found violations of the right to privacy due to police data retention practices.

In Catt v. the United Kingdom, the ECtHR criticised the UK police’s retention of a peace campaigner’s data in an “extremism database.”

The data included information such as his name, address, date of birth and presence at demonstrations, including political and trade union events that revealed his political opinions.

The ECtHR found the retention unnecessary. More particularly, it found fault with the fact that the data could have been retained indefinitely and the retention lacked adequate safeguards.

Furthermore, the authorities failed to comply with their own definition of “extremism” by retaining the campaigner’s data in the database, and they failed to take into account the heightened protection that should be given to political opinions.

Earlier this year, in Gaughran v. the United Kingdom, the ECtHR found a violation of the right to privacy where, following a conviction for a minor offence, an individual had his DNA profile, fingerprints and custody photograph retained indefinitely in a local database to be used by police. The ECtHR found this data retention regime to be disproportionate in light of, among other things, its indiscriminate nature and the lack of any real possibility for the data retention to be reviewed.

Following a conviction for a minor offence, an individual had his DNA profile, fingerprints and custody photograph retained indefinitely

This is a significant judgment from the ECtHR, as it appeared to be the first time it had referred to facial recognition technology in its substantive assessment of a case.

Despite the fact that such technology was not used in relation to the applicant’s photograph, the ECtHR took into account the fact that the “police may also apply facial recognition and facial mapping techniques to the photograph” in finding an interference. This was a notable change of approach compared to the decisions that were handed down by the European Commission of Human Rights in the 70s, 80s and 90s, where it reasoned that retention of custody photographs would not amount to an interference with the right to privacy.

Also this year, in Trajkovski and Chipovski v. North Macedonia, the ECtHR condemned police retention of DNA profiles of convicted individuals. Applying its previous case law on police retention of DNA information, the ECtHR found the blanket and indiscriminate nature of the police powers to retain convicted individuals’ DNA profiles, coupled with the lack of sufficient safeguards, amounted to a violation of the right to privacy.

These cases are promising indications of the role courts can play in reigning in Big Data policing, particularly where it concerns disproportionate intrusions upon the private lives of individuals.

Nonetheless, there have been relatively few cases in Europe that take a truly intersectional approach to challenging police tech.

For instance, a vast majority of court decisions concerning police measures that surveil and intrude upon individual privacy do not properly consider how those measures can often be targeted at, have a disproportionate impact on, or profile certain individuals based on their ethnicity, nationality, religion, language, race or socio-economic status. In 2019, for instance, the High Court of England and Wales did not appear to fully and meaningfully engage with the discrimination arguments raised with regard to the South Wales Police’s deployment of facial recognition technology.

There is much more left to be said by the courts in relation to police tech. Now is the time for litigation to be taken and for the courts to properly take account of the entire spectrum of human rights concerns raised by Big Data policing, including those related to the discriminatory impact of new technologies.

Photos by ev on Unsplash