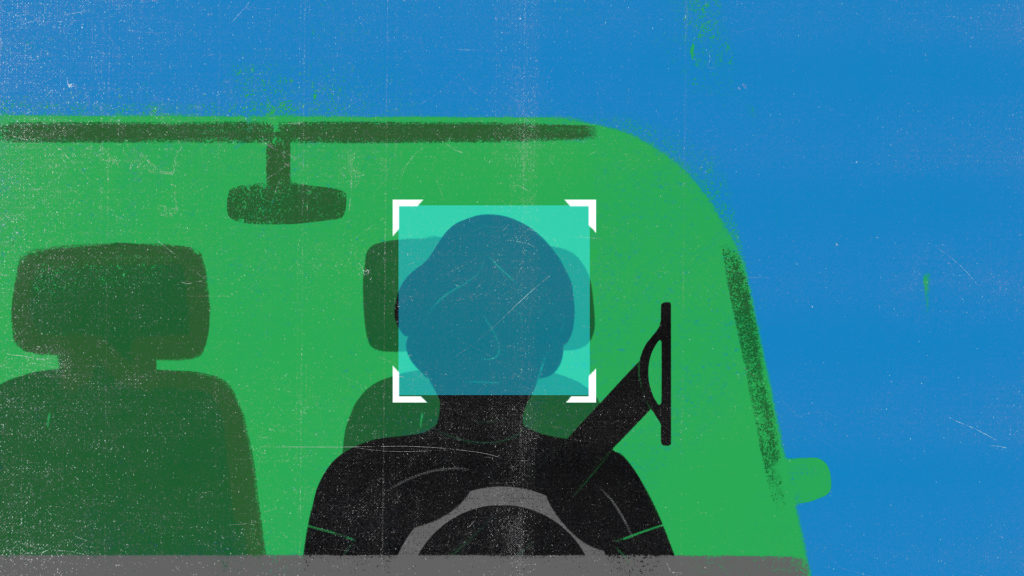 In October 2021, two unions in the UK announced they were taking legal action against Uber’s racist facial recognition software.

In the first case of its kind in Europe, Uber is accused of using a facial verification system that consistently struggles to accurately identify people of colour. The App Drivers and Couriers Union (ACDU) and The Independent Workers’ Union of Great Britain (IWGB) argue that several drivers have already been unfairly dismissed because of the tool.

Despite facial recognition being notoriously biased against non-white and non-male faces, Uber deploys automated face-scanning software as a gatekeeper to shifts. To log in for work, drivers must photograph themselves and verify the picture against the app. If the system fails to recognise their face, people can be locked out of their account, and may eventually have their employment terminated.

Despite facial recognition being notoriously biased against non-white and non-male faces, Uber deploys automated face-scanning software as a gatekeeper to shifts

Racist facial recognition is nothing new: many digital rights activists have been campaigning against it and arguing it violates human rights for years. Opposition to the software on the grounds of discrimination gained particular traction last year when it was deployed during the Black Lives Matter protests. Meanwhile, the story of one man in the US who was wrongly identified by facial recognition, and consequently arrested, went viral, a case that was later taken to the courts.

While the recent UK case marks a critical milestone in challenging facial recognition in Europe, it’s not the first time this year that Uber has come under scrutiny for its dubious approach to workers’ rights.

With one in 10 workers in the EU now employed by a digital platform such as Uber or Deliveroo, the gig economy is responsible for some of the most urgent challenges to people’s digital rights today. Uber is known for the precarious nature of its work. Its business model has often depended in large part on exploiting the vastly uneven and exclusionary playing field that is the job market. The company’s workforce is disproportionately made up of immigrants, people of colour, and others for whom alternative employment options are often limited — leading to many accepting unfair working conditions, such as no sick pay, holidays or parental leave. Many people have also lost their jobs due to opaque algorithmic decisions that are difficult to challenge due to the inscrutable nature of the technology.

Fortunately, the tide has begun to turn, with high-profile cases across Europe in 2021 setting a promising precedent for gig economy workers

Fortunately, the tide has begun to turn, with high-profile cases across Europe in 2021 setting a promising precedent for gig economy workers. In February, Yaseen Aslam and James Farrar won a landmark case in the UK when the Supreme Court ruled that Uber drivers must be entitled to minimum wage and sick pay. In the wake of the case, a domino effect unfolded across the continent, with similarly positive developments in Italy, Spain and the Netherlands.