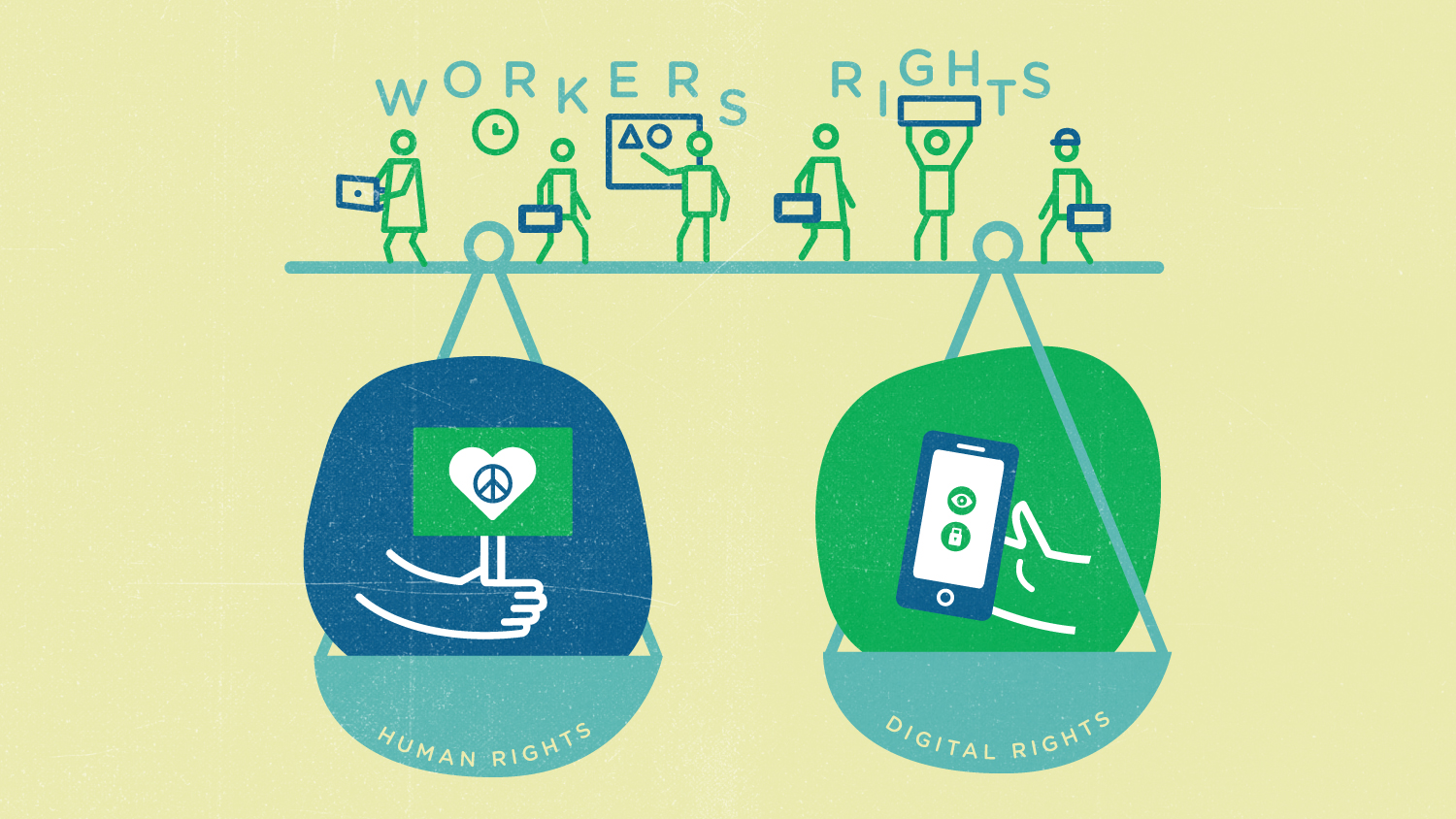 The first time I was digitally “profiled” was prior to arriving at a business meeting with a client of my then-startup employer. That client, a former private detective, was curious who he’d be working with. This was in New York City in the early ‘aughts, when Google-searching for another human felt invasive, unnecessary and creepy. Back then, the people you worked with remained unfamiliar outside of the office.

Those were the days. As I write this post, I’m preparing to run another workshop on data protection techniques that I teach to aspiring tech employees. I do this because so many of them are unaware how much data about them can be accessed by anyone while they are seeking gainful employment.

Today’s recruiting processes typically begin online. However, if an interviewer turns up late or seems unprepared to interview you, how do you know they haven’t skipped reading your résumé and simply “Googled” you?

Getting past a potential data-mining exercise might lead you to work for a new employer. But, in contrast with the interview experience, workers rarely have the ability to “vet” what goes on in the workplace. The global pandemic created a bonanza for digital collaboration tools: it has also opened the door to makers of so-called “Bossware” that plenty of employers can’t buy up fast enough.

The kicker here is disclosure, which is a grey area for most talent managers as well as for hired talent. Just like you have no way to ensure that a prospective employer hasn’t asked “Dr. Google” about your suitability for employment — you also may not be aware of what productivity tracking software an employer may decide to implement.

Put another way, employers forced to work with remote teams may deem spying on workers to be a current necessity, but this necessity is a gateway drug to still more-invasive worker surveillance. Top videoconference products have been found to continue recording sound (even when you are muted). “Wellness” robots at Amazon monitor warehouse staff for movement as a measure of productivity.

But the worst aspect of worker privacy erosion? It’s a general lack of information about what is happening in the sphere of digital work.

Instead of counting the boxes you pack, the number of email messages you send, or the choice of “positive” or “negative” words you use in the company Slack channel, even your expressions on the daily video calls may be subject to algorithmic monitoring.

It’s understandable that bosses want to know if their employees are productive – but being productive should not equate to putting on a happy face, compliant language and/or typing countless emails (or lifting boxes) in isolation, lest your interaction with other humans be considered as “less productive” performance by an algorithm.

This is where 21st century workers are: we are seeing rising interest in unions at European and North American workplaces, while government regulations still lag behind.

Europe is making a name for itself in the protection of human rights online and protection for minorities who are all too often victimised by digital technologies. But do you remember the stories from the early pandemic, where members of varied minority groups expressed relief at escaping the physical workplace so they could focus on work and not on ignoring constant micro-aggressions?

The home-office as islands of unbothered working will not last when every video-call-that-could-have-been-an-email requires you to turn on your camera —the better for invasive surveillance software to scan your expression and movements for potential to “sabotage” or quit the company.

We are already at a stage where privacy is a pipe-dream for those job-seekers who are Googled at will and ogled on LinkedIn by any and every random recruiter. We ought to insist on robust EU regulation that prevents a future where employers have all the tools to digitally suppress and oppress workers, while workers barely recognise (let alone consent to) being monitored.

As we have just commemorated Workers’ day, it’s worth considering the rights and benefits we enjoy as workers in Europe —and how they were won. Our governments are legislating to avoid the erosion of worker’s rights, human rights, and privacy when we surf the web in our free time: shouldn’t we insist that EU digital regulations protect our privacy and agency in the newly digitised workplace?

One thing that the ex-detective in New York City left me with, after a series of real-world work meetings, was how lucrative the private security gigs he occasionally did for famous people were. Celebrities, he’d note with relish, spared no expense to keep their private lives out of the papers. Ironically, in an age of branded workplace associations (e.g., “I’m ex-Uber/ ex-Google/ex-Facebook/ex-McKinsey”) it may soon be a mark of privilege to enjoy any measure of anonymity or freedom of expression at work at all.

Nakeema Stefflbauer is a Brooklyn, New York native with BA and MA/PhD degrees from Brown and Harvard University, and an MBA from the disruptive Quantic School of Business and Technology. She is the founder and CEO of FrauenLoop, a nonprofit organization in Germany that teaches computer programming to women with resident, immigrant and refugee status. A frequent writer and international speaker on tech and marginalized communities, she is focused on implementing and investing in ethical and transparent algorithmic decision-making technology.  Dr. Nakeema was one of the interveners for the Digital Rights for All workshop on digital oppression at work.