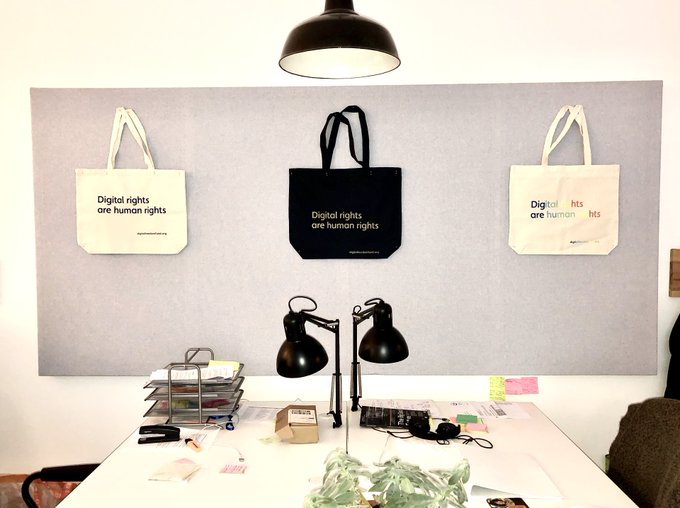 As we prepare for our third annual strategy meeting, we look back at some highlights from the past year – and think about what’s in store for 2020.

GDPR Successes Trickle Through, and a Mixed Bag for Facial Recognition

One such win occurred in Spain. When implementing the GDPR, the country had included a legal provision that allowed the profiling of individuals for electoral purposes. The so-called “public interest” exception allowed political parties to collect online data about citizens, which could then be used to contact them privately, including through SMS or WhatsApp. In May, however, the Spanish Constitutional Court overturned the exception, in what activists have deemed an important step forward for data protection law in Europe.

Another hopeful development transpired in Sweden, where the GDPR provided a powerful framework for the national data protection board to oppose the use of facial recognition technology in schools. The technology was already being rolled out in one school in order to track children’s attendance. As this was found to violate several GDPR articles, the plan was scrapped and the municipality fined.

The issue of facial recognition reared its head again in a US and UK context, with mixed results

The issue of facial recognition reared its head again in a US and UK context, with mixed results. In the US, moratoriums on its use were imposed in several areas, including in San Francisco, Oakland and Somerville. Some people even cited fears about the prospect of their cities turning into “police states”.

In the UK, the outcome was more chequered. Liberty lost a case challenging police use of facial recognition tools – despite the court acknowledging that they do, indeed, breach people’s privacy. The group, which is calling for a ban on the technology, is now appealing the decision.

Surging Algorithms and the Right to be Forgotten

Algorithms are an exponential challenge to human rights protection – something we saw evidence of in the filing of a case concerning university applications in France. The national students’ union challenged universities’ use of algorithms to sort prospective students’ applications. The union demanded publication of the “local algorithms” that were being used to determine applicants’ success, in a case that reflects rising concerns about how algorithms are used – and a growing demand for transparency around them.

Meanwhile, the Court of Justice of the European Union ruled in a landmark case on the issue of search engine de-indexing, popularly known as “the right to be forgotten”. In a number of judgements in recent years, the court ruled on the right of individuals to have their personal data removed from search engines. In September, the CJEU made a call about the international nature of such rights, finding that while “EU law does not currently require de-referencing to be carried on all versions of the search engine, it also does not prohibit such a practice”.

The digital welfare ftate has quickly become a hot topic in digital rights. We’ve already had one landmark ruling in 2020 in the Dutch SyRI case. SyRI is a system designed by the Dutch government to process large amounts of data about the public, and subsequently to identify those most likely to commit benefit fraud. A court in the Hague recently concluded the system’s use was a violation of people’s privacy, marking an important step towards protecting some of society’s most vulnerable groups.

We’re also expecting more activity in the area of algorithms. Activists in the UK have already criticised the immigration authorities’ use of algorithmic decision-making in visa applications, for example. At DFF, we’ll be further building on last year’s meeting on this topic, and working on organising an international meeting in the coming months.

Another critical issue we expect to see taking off this year is the fight against the adtech industry. Many are already campaigning against the misuse of people’s personal data for online advertising. It’s a growing business that is, at the same time, facing a dramatic rise in opposition, including legal challenges.

Problems surrounding upload filters and other automated content moderation measures are also set to rise in prominence. The news that Ofcom will regulate online harms in the UK recently hit headlines, while many are concerned that surveillance for the purposes of national security is increasingly at odds with people’s privacy rights.

Many core issues will naturally spill over from previous years and continue to be fought in 2020 – whether it’s mass surveillance, net neutrality, or big tech dominance. It’s bound to be a busy year, but at DFF we look forward to keeping that momentum rolling.

We are excited to be having conversations about all these issues and more at our strategy meeting next week. For those who cannot join us in Berlin in person: keep an eye out for updates on our blog and Twitter!